Court’s Bio of places he lived with “The Major” 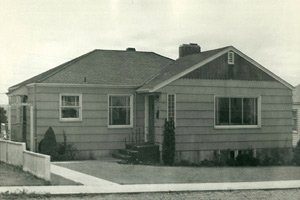 Oakland, California. “The Major” was at The Presidio, December 1948 — May 1949 trying to get permanent active duty orders. He spent six months on active duty with Sixth Army Corps trying to get his military service files back together to reflect the time spent with Montgomery, officially awarded the VC during this time.

About the Book Pages