A Hippie with a Warrior’s Heart 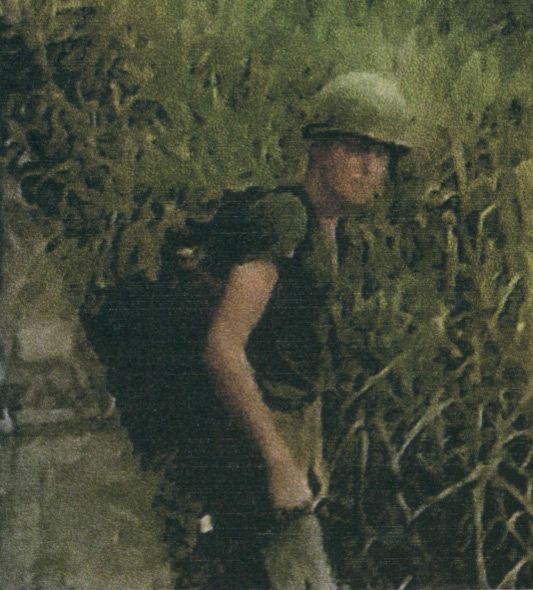 Raised on the beaches of Santa Barbara, the son of a paratrooper who served with the 82nd Airborne Division during World War II, Harvey Knapp was a young man who yearned to be a paratrooper. If he could have worn a swim suit and sandals in Vietnam he would have.

A man gifted with an uncommon sense of his surroundings, his wry chuckle and ease of movement masked an intensity derived from personal courage. And yet, he never shed his surf board, or his disdain for anyone who might order him about. Humor was the foundation for the core of Sergeant Harvey Knapp.

Harvey’s 1947 Chevy pick-up sat in front of the small chapel, his surf board strapped to the top. Harvey left these reminders to the son of a high school friend.

Some fifty worshipers filled the small nave. A flag-draped coffin, a wreath featuring the 173rd Airborne insignia, a wreath from the AmVets Post #3, a shadow box featuring Harvey’s military service, and flowers from family and friends set the stage for our farewell.

A picture taken but weeks before he died shows a proud man. One who refused morphine in the final stages of his passing, standing as tall as he was able, proud to be part of the 173rd Airborne Brigade. “Get Fat if You Can,” Harvey.

A well-decorated E-8, a combat medic from more recent times, stood erect as taps was played. Alone, as most had drifted away, Zulu, Gena and I gathered at the casket, raised our shot of Jack Daniels, tapped Harvey’s casket and said goodbye.